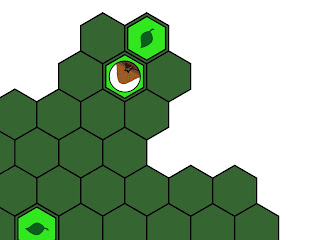 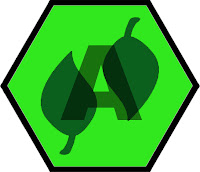 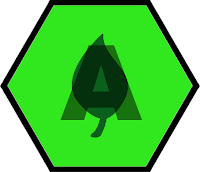 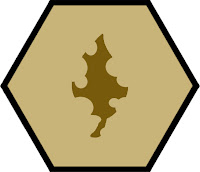 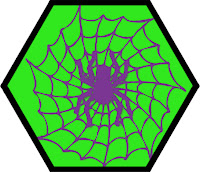 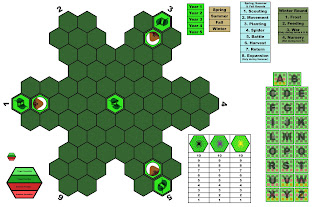 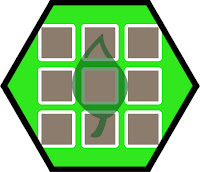 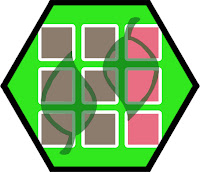 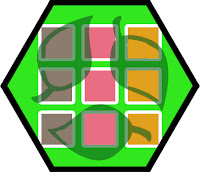 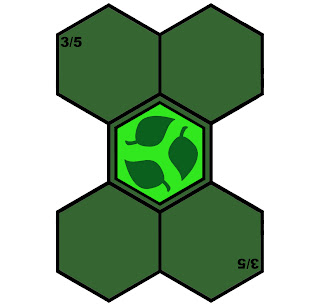 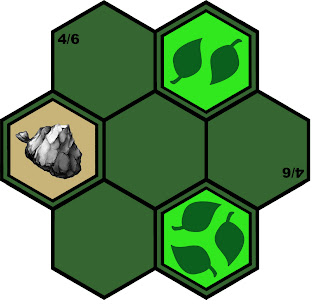 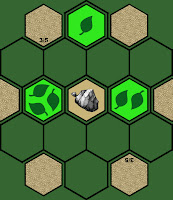 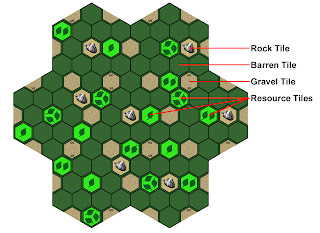 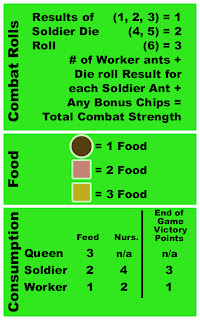 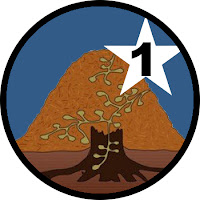 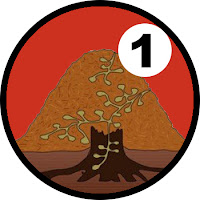 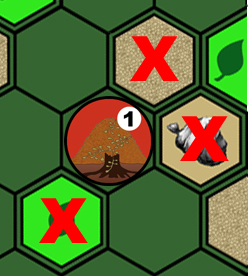 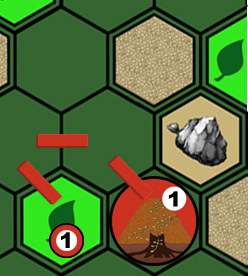 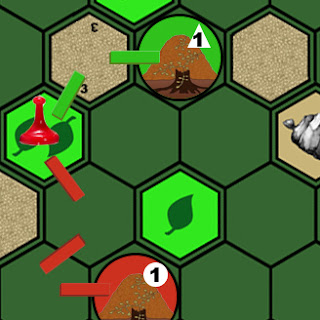 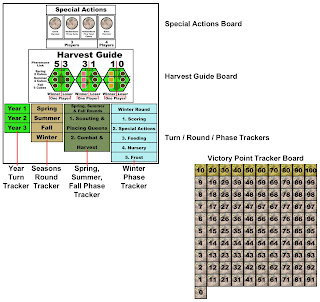 Score track, harvesting guide, turn and phase tracks.
Posted by That Cowboy Guy at 13:21 No comments:

Sooo…how long have you been designing board games exactly?

Great question! Glad you asked! I made my first game design back in September of 2010. I was planning to attended FallCon 2010 and they had just started a Canadian Game Designer Award, which is a contest for Canadian game designers (duh). FallCon is a board game and tabletop miniatures convention for the masses held every fall in Calgary. Anyhoo, just reading about the contest got me excited thinking about possible board game designs.  It was too late for me to enter the 2010 contest, but I figured I had plenty of time to work on an entry or two for FallCon 2011.

So my very first board game design was a game called CombatAnts. Here are two paragraphs from the Designer Perspective form I filled out when I submitted the game back in December of last year:

Briefly explain what your game is about:

CombatAnts can be played by three or four players. Each player controls a colony of three anthills and their queens. The game covers three turns—or years. Each year is broken down into four rounds—or seasons; each round is in divided into a number of phases. The major issue faced by the ants is gathering resources and increasing their numbers. The ants will find themselves competing with rival colonies for these resources.

What is the goal of your game?

I had three months to design the game and only a handful of opportunities to play test it before I submitted my rules for the contest. I ended up majorly redesigning the game six times.  I went through a lot of cardstock and printer ink making my prototypes for play testing.

Sadly CombatAnts did not make the cut for the 2nd round of the contest.  Here is a sampling of the feedback I got from the judges:

Nice tradeoff between VPs and food on the leaf tiles

It's clear that the presentation of the game would improve with proper artwork and components. The photos of the prototype give a good indication of the general look of the game though. With nice artwork on the hex boards and other counters I think the game would look quite nice, although if wooden cubes and other pieces are used it won't necessarily evoke the theme, unless some anteeples are made perhaps. That would be cool!

The theme is definitely pretty unusual, I can only think of one other ant game off the top of my head. The rules do seem to help bring the theme out and it seems like the game will do a decent job of making you feel like you're in a fight for survival against the other colonies. A couple of the mechanics seem to be out of place with the theme though – specifically the fact that players score more points for having longer pheromone trails to the food source (surely shorter trails would be better) and the fact that higher value food sources are worth less victory points (also a point where the reverse should surely be true). I can see that for the game to work things need to be the way they are though.

The mechanics are interesting – kind of a variation on area control, with resource management and network connection thrown in. Trying to balance the size of your anthill with the food requirements and the competition with other players seems very interesting and this is definitely the strong point of the game.

Rules are a bit unclear. Harvesting and combat seem rather complex for a seeming straight forward simple game. A definition of what Worker and Soldier ants do and how they can be killed or not would be very useful

The games look nice and the concept is great but I’m not sure without playing it that there is a lot of replay value in it.

So there you have it. That was my first stab at designing a board game and it didn’t go very well. In the future I will provide links to the rules PDF. Below are some pictures of CombatAnts in action: 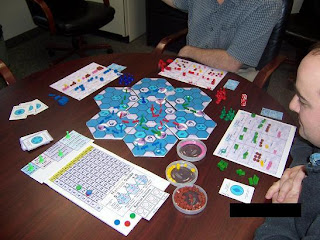 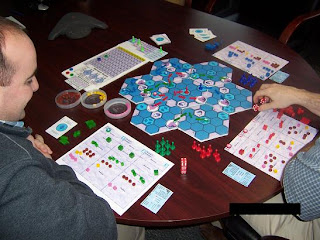 Posted by That Cowboy Guy at 11:48 No comments:

What is the purpose of this blog?

I decided to create this blog to use as my game design journal. I want to use it to record my journey of trying to design and publish board games. My plan seems quite ambitious since I am working on a blog, a website, a twitter account and a Youtube account in addition to actually working on creating the games themselves. But I have read that self promotion is important when you are trying to sell something. When I am try to sell my games, I am also trying to sell myself...hence That Cowboy Guy persona.

So hopefully I will update this blog several times a week, detailing what I have been working on, my highs and my lows. I also hope that what I write will be of interest to my readers. I will try to be entertaining and enlightening at the same time.