A new review of Infection from Hex, Dice, Fire! on Tumblr

GOING ALONE: GET INFECTED - An interview on the Indie Cardboard website by Jacob Coon


I was interviewed by Jacob Coon for the Indie Cardboard website. It was a discussion about creating the solitaire boardgame Infection: Humanity's Last Gasp.

http://www.indiecardboard.com/index.php/going-alone-get-infected
Posted by That Cowboy Guy at 07:13 No comments: 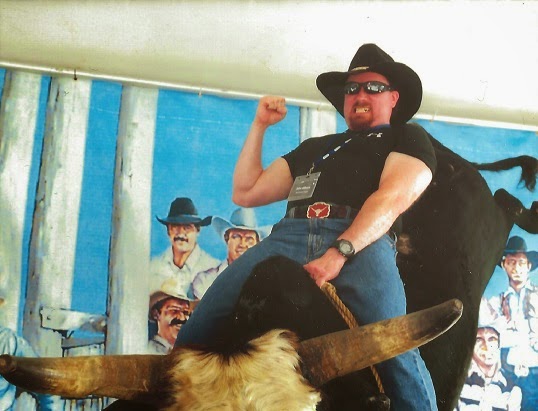 We'll be aiming to release on as many platforms as possible, including iOS, Android, Windows and Mac.

Once we're closer to releasing the first title, we'll most likely be looking for external beta testers who have played the original games to ensure they play and 'feel' good. Keep an eye on our Twitter (@HuntedCow) and the BGG forum for more details on this

Hunted Cow StudiosTargets Victory Point Gamesfor New Ventures
Elgin, Scotland - July 7th, 2014: Hunted Cow Studios and Victory Point Games are pleased to announce their partnership to develop and publish digital versions of some of VPG’s most popular titles.
“Victory Point Games is a boardgame publisher staffed by many digital game developers,”VPG co-founder Alan Emrich remarked. “That’s why we’re so glad to have found our kindred spirits in the digital game publishing industry who ‘get’ manual-to-digital game translations. We’re very excited to be working together with a great publisher, our new friends at Hunted Cow Studios.”
Head of Marketing at Hunted Cow Studios, Craig Withers, said, “Everyone at Hunted Cow is incredibly excited to help bring Victory Point Games to a larger audience. At the moment, the first titles we expect to release are the solitaire games Astra Titanus, Dawn of the Zeds,Infection: Humanity's Last Gasp, and Legions of Darkness. The opportunity to work directly with a company of their quality doesn’t come along every day, and we look forward to showing our fans what we can accomplish together.”
Astra Titanus is a space opera game where the player must defend their fleet of starships and outrun the threat of the alien Star Titan. Dawn of the Zeds pits you against the perennial threat of the undead, as you co-ordinate the defences of the isolated town of Farmingdale and hold out until a National Guard relief column arrives to save you. In Infection: Humanity’s Last Gasp, you are the director of the Department of Plague Control field office in New York City, with the fate of the human race in your hands as you desperately struggle to find the cure to the terrifying Morbusian virus. In Legions of Darkness, the brave defenders of Highmoor Castle are under siege and you have the responsibility of fending off the evil creatures assaulting the walls.
As well as publishing digital versions of Victory Point Games' titles, Hunted Cow Studios are also partnering with other developers such as Hex War Ltd and Criss Cross Games Ltd to bring more great games to the digital marketplace.
About Victory Point Games:
Victory Point Games was launched in February of 2007 and has been providing fantastic titles emphasizing gameplay above all ever since. They publish Card and Board games in every category and type, from Euro and Family, to War and Strategy. VPG is known in particular for their many solitaire games, including their vaunted States of SiegeTM games which includes their zombie apocalypse title, Dawn of the Zeds, the award-winning Zulus on the Ramparts!, and the recently released Cruel Necessity on the English Civil Wars.
VPG’s list of boardgaming hits includes Infection, Gem Rush, Circus Train, and Nemo’s War,with the popular Napoleonic 20 and No Retreat! series games a staple of historical war gaming tables. Their smash hit fantasy co-op game, Darkest Night, has taken the company to new markets and new heights. Their recent first-time Kickstarter effort for I Say, Holmes! (the case-solving party card game) brought in four times its lofty goal and began shipping in record time. Publishing their boardgames in their own small factory in the United States, Victory Point Games has truly proven to be “The Little Game Company That Could.”
What VPG game should be ported to an app first? Please, take the POLL to the left of this press release!
About Hunted Cow:
Hunted Cow Studios is a leading game developer and publisher which was founded in 2003. Their most popular browser game is Fallen Sword which has attracted over four million players since its launch in 2006.
Hunted Cow are currently working on their flagship 3D MMO, Eldevin, which has been well received by gamers and critics alike. They are also continually improving their other games, such as Fallen Sword, as well as releasing innovative strategy and role-playing titles on mobiles and tablets.
Hunted Cow and HexWar have a strong portfolio of iOS games, including Tank Battle: North Africa, which won the “Game of the Week” award on Pocket Gamer.
Hunted Cow also prides itself on working with other talented developers to bring their games to a wider audience. Developers interested in discussing collaborations can emailpublishing@huntedcow.com.
Posted by That Cowboy Guy at 06:29 No comments: